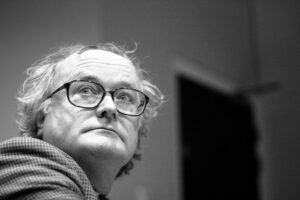 After one hundred years of tests and observations, Einstein’s Theory of General Relativity remains our most fundamental account of the nature of gravity. Together with the Standard Model of Particle Physics, it is the basis for all of our current understanding of the workings of the physical world from microscopic to cosmological scales.

In this lecture, directed to a general audience, I will describe the historical process whereby starting from the achievements of Copernicus, Galileo and Newton, Einstein was drawn to attribute physical reality to a unification of space and time called Spacetime, and ascribe the force of gravity to the curvature of spacetime. It will be explained that the issue ultimately boils down to the symmetry, that is invariance, of all physical laws, such as those governing the propagation of light under changes of reference frame.

In doing so, there results a theory which incorporates in a mathematically consistent fashion some of the most daring and imaginative insights and speculations on light bending, black holes, non-Euclidean geometry, expanding universes and travelling back in time, and which continues to fascinate to this day.